Home » 10 Things I learnt on Race to the Stones

10 Things I learnt on Race to the Stones 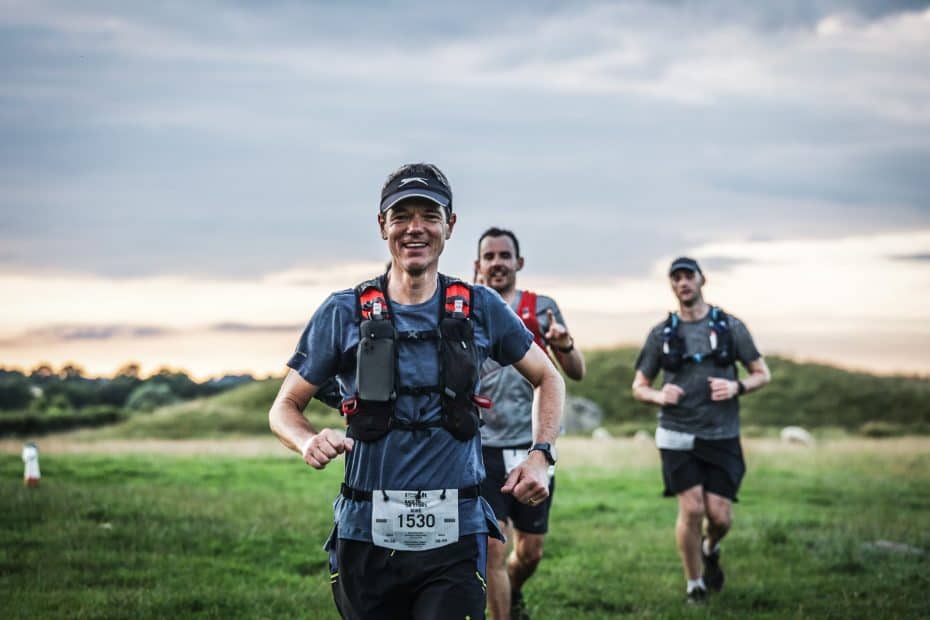 Here I look back at Race to the Stones 2021 (RTTS) and try to capture the 10 most important things I learnt, that will inform the training and race day preparations I put in place for future races.

Remember to Vase up… Lubrication is a must have, not a nice to have

So this is a serious one… RTTS was fortunately not a particularly hot day, in fact given it was in July, the fact it was overcast and drizzly, made for perfect running conditions.  But it was humid throughout the day, and when you’re on your feet all day, anatomically there’s lots of rubbing, which leads to chafing.

What is chafing? Simply, chafing occurs as a result of friction when skin rubs against itself or against fabric.  There are certain areas of your body that are more prone to chafing than others – under your arms, between your thighs, your groin and between your buttocks.  It really is no laughing matter… chafing exposes the skin layer below, and in some cases becomes red raw and incredibly sore.

After the London 2 Brighton Ultra I had red sores around my groin and bottom.  It was a hot day, and whilst it was uncomfortable towards the end of the race, fortunately I wasn’t particularly aware of it when running.  Within a day it had all but healed, and so I forgot about it.

Of course, chafing can be prevented by choosing light / sweat-wicking clothing, or by applying lubrication – vaseline!  I didn’t do this, and only applied vaseline at an aid station later in the day, by which time it was very sore in the same areas.

Nutrition is key… but for me at least, coke doesn’t work

I really struggle with nutrition on ultras.  I find I can only stomach sweet sports drinks, gels and energy bars for an hour or two, after which I crave savoury ‘real’ food, and my stomach starts to cramp.

Although I carry some ‘emergency’ rations, I tend to rely on aid stations providing enough sustenance to get me through a race.  However, no matter how good my intentions and my nutritional plan, after 4-5 hours that seems to go out of the window, and I move to the ‘kid in a candy store’… picking out what I fancy from what’s on offer.

At RTTS, sick of the sweet fake food on offer I found myself eating lots of packets of salt and vinegar crisps, a satsuma, and some not so flat coke.  I paid the price for this less than perfect sports diet 20 minutes later, when my stomach cramped and I was bent over double.  A couple of trips to the bushes and I was fine, but it left me feeling that I need to really work on my feeding strategy moving forward.

A lot about wonderful Ronnie & Izzy

In my 7 tips for your first ultra, I talk about how much I love running with and chatting to people in ultra races.  You have a collective goal and the camaraderie is immediate.

At RTTS I was lucky enough to meet Ronnie & Izzy, a couple running their first ultra together.  We ran almost 90km together and I was so grateful for their company and encouragement when hitting those inevitable ultra  lows, and hopefully was able to repay that with some top quality chat when they were going through the lows themselves!

I’m hopeful we will run together again in the not too distant future.

Do more strength work and then a little more… bend, stretch and cross-train

In the past, my training has usually revolved around a plan I’ve found online, that I’ve adapted for a race.  They’re not developed for me personally, based on my fitness or with a time in mind, and involve a lot of running.

I love to run, it’s my escape; it revives me mentally and physically, and it’s what I want to do.  Maybe I’m lazy, but I do very little cross training, weights, core, or stretching.  However, as we age, our bodies lose muscle mass at a rate of 3-5% every decade after 30.  That’s a whole lot of muscle… and as someone once told me, building the right muscles for running is like building the scaffolding that protects our bodies and helps prevent injuries.

My day job involves a lot of sitting at a desk.  It’s not uncommon for me to be in front of a screen for 8 hours a day.  I then jump up, put my running kit on and go for a run.  The result… I ache in the morning and constantly seem to have niggles.  Therefore, I need to improve and put in place a proper training plan that is realistic, that I can stick to and that includes a more rounded approach.

To treat myself to sit down wee’s at every ultra

Anatomically it’s a little easier for us men to wee on the trial… I usually start races well hydrated, and nip into the bushes at regular intervals in the first hour or two.  However, as races progress, and I become more hydrated, I wee less.

Ordinarily portaloos are not somewhere I’d choose to visit; they are a necessity…  where men stand and women hover!

However, after 60km of running, I discovered the restorative power of a sit down wee.  Any previous concerns of germs or hygiene were replaced by the wonderful sensation of taking the weight of my feet for 30 seconds! Bliss…

Just remember to wash your hands!

That 6 weeks between two 100km races is cutting it fine!

In truth, I hadn’t really thought about the time in between the ultras as being a problem.  The reality is, London 2 Brighton Ultra was hot and it really took it out of me physically and mentally.  It was my first 100km, and had occupied a lot of my thoughts leading up to race day, and afterwards I was totally drained.

Whilst I had a reasonable level of base fitness, I was suddenly conscious that I needed to continue to train in between the two races, to ensure I didn’t lose fitness, whilst also ensuring I allowed myself enough time to recover, and taper before the next race.  It was all a bit confusing, and without proper help or a definite plan, I rather stumbled through my training for 6 weeks.  I suspect I didn’t allow myself enough time to recover properly and as a consequence ran on heavy legs for much of the time.

That the Ridgeway really is extraordinary – the stones… meh…

RTTS runs along a 100km section of the Ridgeway, an ancient trail on a band of chalk that runs from the Berkshire Downs to Wiltshire.  It’s mostly elevated with far reaching views over the surrounding countryside, and is utterly beautiful.  It’s hilly, but in comparison to the South Downs, that I’m more familiar with, the hills are rolling and more gentle.  As a friend told me ‘it’s very runnable’.  Whilst I didn’t run the hills, I did enjoy the views, and would love to come back to explore the area.

As for the Stone circle in Avebury.  I only appreciated them afterwards.

The organisers of the race add a cruel twist at 98km, by making you run around a couple of the stones, before you head back on yourself and turn off towards the finish.  As such, I was slightly unimpressed, thinking the stone circle marked the end.

Starting slowly and pacing does work

In previous ultras I’ve tended to fade badly in the second half of the race.  Principally (I think) it’s because I’ve started too fast, and by halfway I’m tired and am unable to sustain the pace for the second half.  The consequence is the second half of my races is significantly slower than the first.

Whilst a slower second half is understandable, given the distances and the inevitable effects of fatigue; at RTTS, after consulting a more experienced ultra runner, my aim was to maintain a consistent pace across the race.  To start at my target pace of 12 minute miles, and resist the temptation to go faster or run the hills early on when I felt fresh and strong.

I found it really tough to start that slow, whilst seemingly everyone else passed by, but in truth I did feel far stronger in the second half, and felt I had more in the tank for the final 25 kms.  Admittedly, my pace slowed in the second half but I would say it didn’t drop off quite as dramatically as in previous races, so in that sense it was a success.

A Bread, butter & marmite sandwich at the final aid station is heaven

(ALTHOUGH A BEER WHEN YOU FINISH TASTES A WHOLE LOT BETTER!)

What have you learnt from your previous ultras?  Share your experiences in the comments below… Interested in participating in RTTS? Visit their site to pre-register now.