Home » The most common trail running injuries & how to prevent them

The most common trail running injuries & how to prevent them 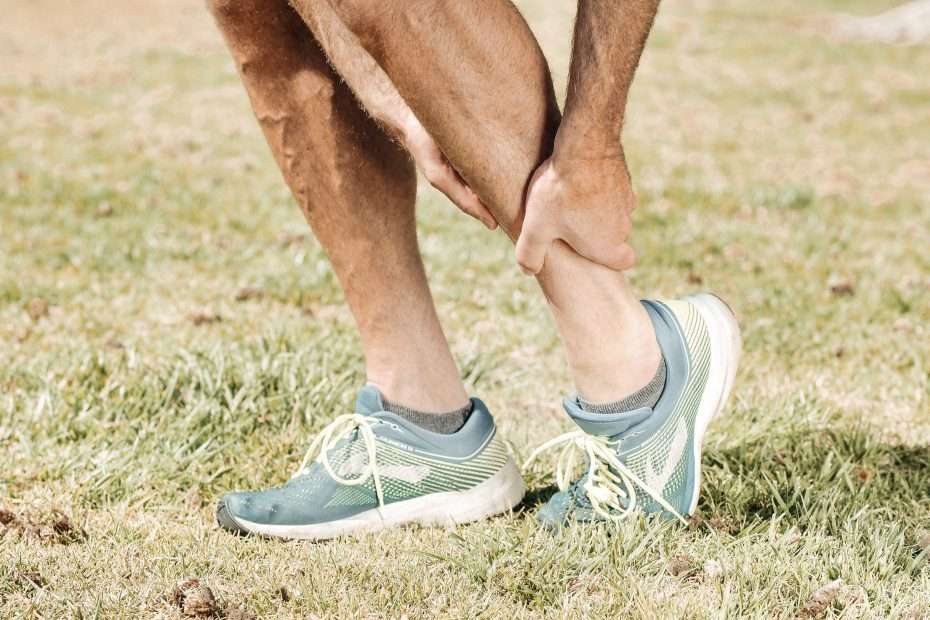 I’ve not written for a while… Let’s call it a combination of writer’s block and losing motivation caused by a lack of running trails, through an ongoing series of running injuries.

After running the London To Brighton Ultra 100km, my heels were uncomfortable. 6 weeks later after the Race to the Stones ultra, my heels were incredibly painful to touch, and there was little improvement over the summer.  So I’ve been taking it easy, doing some cross training and working on my strength.

Sadly, injuries are part of being an ultra runner.   We all run with niggles, aches and pains, but sometimes these niggles flare up and it’s neither sensible or possible to run them off.

Not giving your body enough time to recover between runs.

This is a classic for me… I love to run, and increasingly I like to run for a good amount of time… but if I’m not following a plan I tend to run too far, too often and too quickly.  The result is not only am I not really improving my running or fitness, I’m also not giving my body enough time to recover in between sessions.

It’s worth remembering every time you run you put your body under stress.

Recovery allows the body to heal itself in preparation for the next run.  If you don’t allow adequate time for recovery, you’re essentially not allowing your body time to heal.  Which can eventually lead to overtraining injuries.

For me, this usually occurs when I resume trail running after an injury, a holiday or I watch the London Marathon (& sign up to it), feel invincible and try to start off from where I left off some months before.

Most of us novice runners are familiar with the 10% rule – that you should only increase your mileage by 10% week on week.

A sudden and dramatic increase in mileage leads to increased load, overuse and increases the chances of an injury.

A recent study at Aarhus University in Denmark suggested that the 10% rule may be a little more nuanced.  The results showed that runners who increased by more than 30% over a 2-week period are more likely to sustain distance-related injuries.  However, they also noted that whilst it may be okay to increase load by 20-30%, over a longer period of time this could lead to injuries.

Like many runners, after reading ‘Born to Run’ I thought it would be a great idea to ditch the lovely cushioned Asics shoes I had always run with, and don a pair of minimal running shoes.

My logic, backed up by the Youtube videos, was that my gait would adjust immediately to the lack of cushioning offered by the minimal footwear, and I’d become a perfectly aligned minimalist runner.

Unfortunately it didn’t quite work out that way… in reality after adopting the new strategy my calves became sore, and my achilles started to hurt.  A visit to the physio and, I abandoned the minimalist shoes, and my dream of becoming a minimalist runner.

Many of us (myself included) live sedentary lives, spending hours in front of a screen.  I personally sit at a desk for long periods of time, without taking breaks, and sometimes without even the most basic movements.  Eight hours later, I get up, put on my running shoes and head out the door, with perhaps a cursory stretch outside on my front step.  Now I’m not a physio but I can see this isn’t the best, and going from 0 to hero really can’t be helping.

As a willing guinea pig for a friend’s study on running, I visited Brighton University sports science lab and was hooked up to a machine to test my lactate threshold, by running to exhaustion.

It was tough, but what followed nearly broke me… as part of his study, he wanted to analyse the improvements in a runner’s fitness over a period of time, by including 2 high intensity speed sessions/week.  Now I am used to parkrun, but an outright sprinter I’m not… My friends used to say I was ‘deceptively slow’… which I now wear as a badge of honour.  I may not be able to run particularly fast, but I can run far!

Anyways, after the first session of these sprints my achilles started to hurt, after the second session I couldn’t walk. Back to the physio… and return of my achilles tendinitis

Returning to running after an injury too quickly

This is probably the most common cause of injuries.  As runners… running defines who we are.  We use running to escape, to think, to destress.  So when it’s taken away from us, through an injury, even for a week or two, it leaves a void that is not easily filled.

Subsequently, the lure of returning too quickly after an injury is understandable, but usually leads to a relapse and further time away from running. 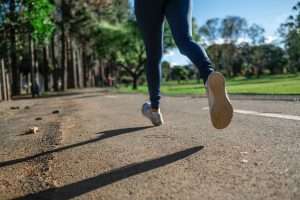 So we’ve looked at some of my amateur mistakes, but lets explore how can you prevent injuries from occurring in the first place.

how to prevent Trail running injuries

Be sensible & Listen to your body

If you feel tired, you’re ill or you’ve just had a busy week physically or emotionally it’s probably sensible to reduce the intensity or volume of your running. Rest, relax and recover.

Listen to your body… if you feel an injury coming on, don’t run through it.  If you get an injury, get proper advice (no that’s not google), and start taking action.

You know your body, you know your capabilities, and whilst you might feel like you have the body of your 20 year old self, chances are you don’t!

Build up slowly…  if you’re coming back from injury don’t expect to start from where you left off.  Runnersworld rule of thumb is that if you’re off running for 10 days, start at 70% of your previous mileage, 15-30 days: 60%, 30 days to 3 months: 50%, and longer than 3 months, start from scratch.

Allow plenty of time for recovery

Taper training 7-14 days before a race to maximise your glycogen reserves.

I always try to have a race in my diary 3-6 months out.  It motivates me to keep fit, focus on my running and gives me the push I need to get out the door when it’s cold and dark.

Work on strengthening your muscles

The best way to combat and prevent injuries from occurring in the first place is to build a strong supple body.

Adding specific strength and mobility into your weekly running routine via yoga, pilates or exercises will reap huge rewards.

Pay attention to your fuelling strategy before, during and after running and look after your engine.

Developing the right eating habits, and ensuring you give yourself the right amounts of nutrients will help improve your performance, recovery and prevent illnesses.

I’m a runner, so I run… but if you just run and nothing else, you’re likely overusing the same muscles, and neglect your overall conditioning.

Adding some cycling, mountain-biking or swimming into your routine can be a great way to add variety and improve your muscle scaffolding to help prevent injuries.

If you’re new to running, go to a running shop, get a proper fitting and buy a decent pair of running shoes.   Be sensible… the bright green minimalist running shoes might look great, but if they’re not right for you, don’t buy them.

For more established runners, there’s no hard or fast rule when it comes to how long you should wear shoes, when you should change them, if you should mix up different shoes etc.  Again, I would say be sensible.   Stick to what works for you, and be wary of marketing claims you see on social media… The ‘Innersole’ on Instagram that guarantees you pain free Personal Bests.  If it sounds too good to be true, it probably is.

Get your desk set up right

The advice is clear… good posture (meaning right desk setup), regular breaks and regular movement, perhaps mixing up with a standing desk, helps to prevent your body and muscles from tightening.

Sadly, running injuries really are part of being a 40+ year old trail runner.

The mind is willing but the body has other ideas.  I’m hoping that by adopting some of the above, I’ll be back to running ultra distances.

Have you had an injury? Let us know in the comments how you overcame your injury and got back to running.